A payload is the unit running a game server, depending on its state it may have players connected to it. Your game server runs inside a container, a payload represents the set of containers necessary to run your game server on IMS zeuz. 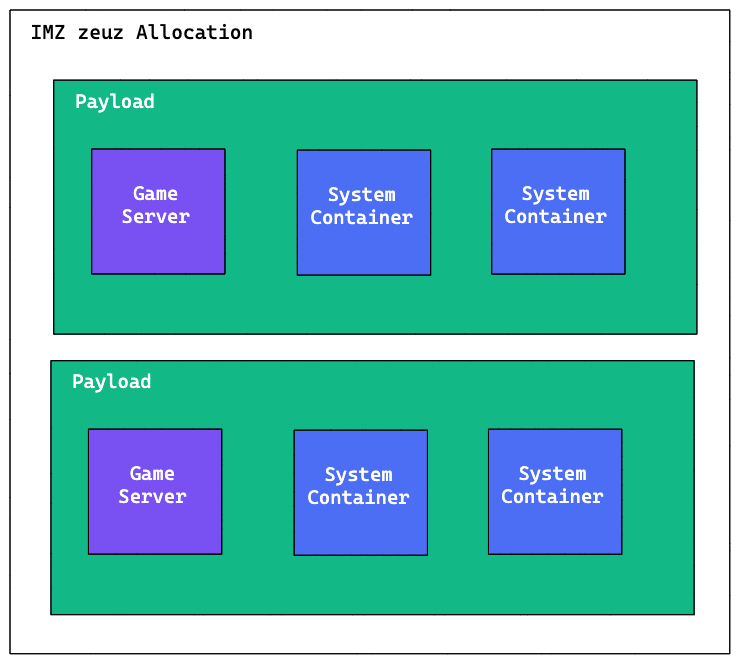 A Payload ID is composed of two 5 character string separated by a hyphen, e.g. 8hhtn-fvpvq.

A payload ID is unique within an allocation at any one point in time, however there can be multiple payloads with the same ID over the lifetime of an allocation. Payload IDs should not be used as historic match identifiers.

The Payload Local API can be used within a Payload to get its details including the ID.

Payloads are managed by the system. The payload state represent the status of any payload:

A simplified version of the payload lifecycle is:

The Payload Local API provides an interface between your game server and the IMS zeuz orchestration service. It is run in parallel to your game server in the payload. The game server should communicate with the API to perform operations such as:

See this guide for how to use payload metadata.